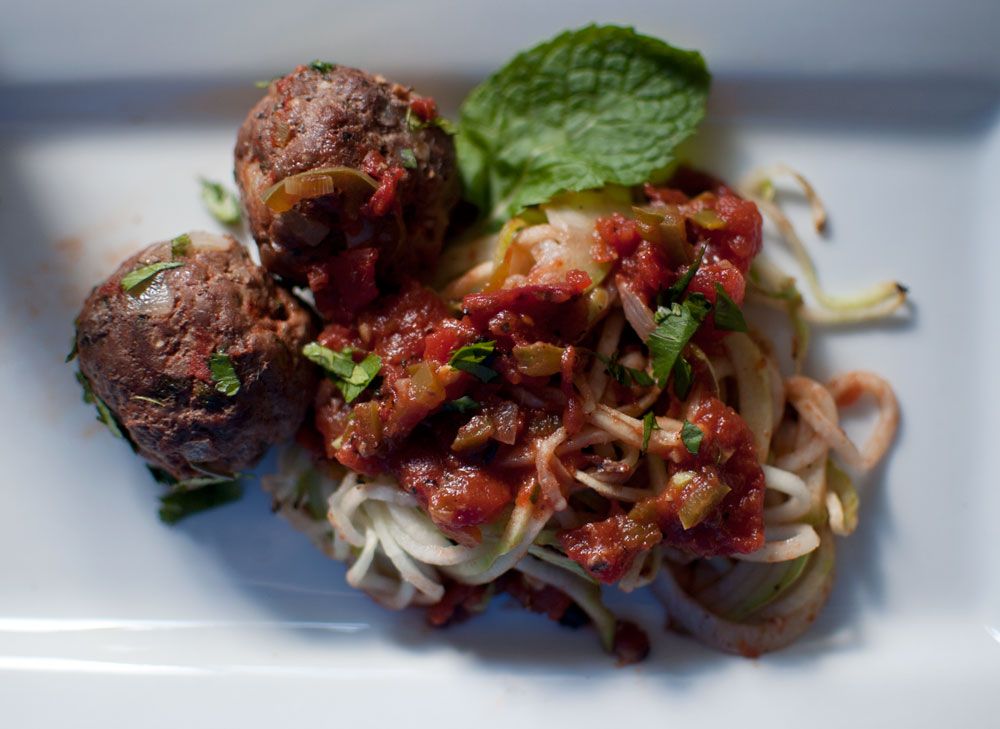 This week I decided to cook recipes from the Inspiralized Cookbook  with one requirement: “I wouldn’t normally make this…” I wanted to branch out and use ingredients that I had never cooked with or typically shy away from. The ingredients that stand out for me this time are Chayote and Fish Sauce. I made two different dishes: Albondigas and Chayote with Tomato-Serrano Sauce and Thai Drunken Zucchini Noodles with Pork. 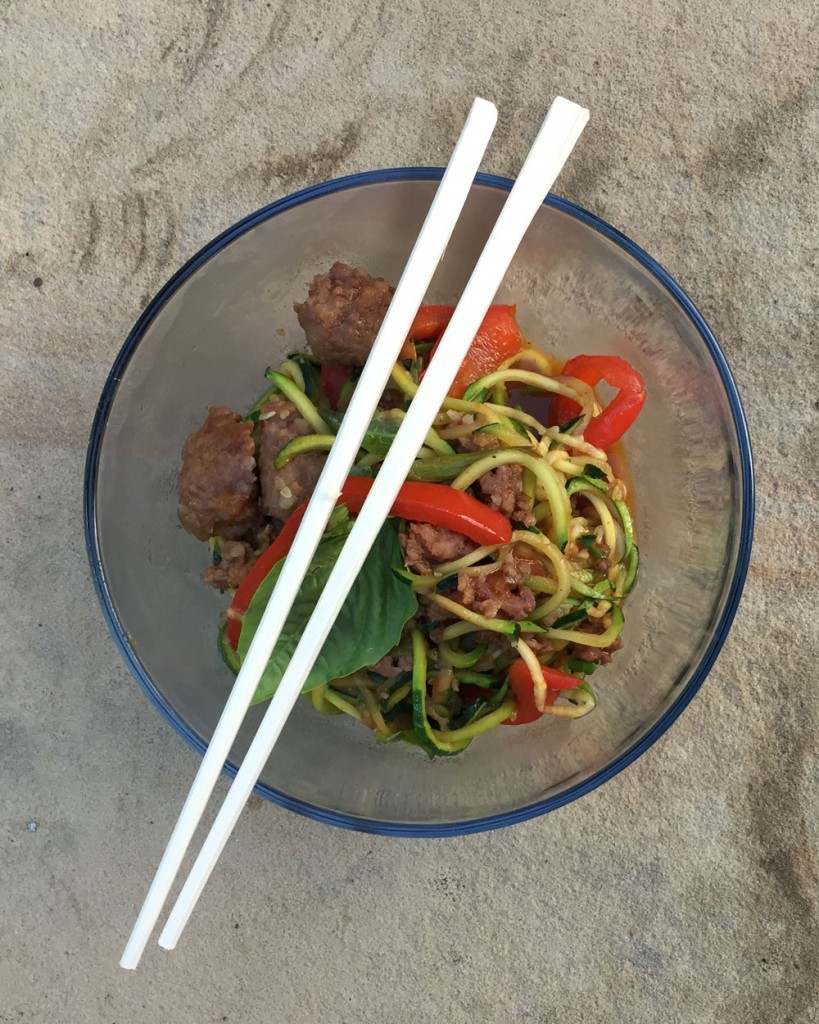 I wasn’t sure that the Inspiralized Cookbook could surprise me again, but it did. These dishes actually neighbor each other in the cookbook and the similarities don’t stop there. They were both spicy, had great flavor, and were exceptionally easy to make.

Let’s start with the Chayote recipe.

The vegetable that you see below is a Chayote. I was surprised to find that I couldn’t locate this veggie at Whole Foods! This cookbook does a great job of not only being about cooking with alternatives, but supplying a list of alternative vegetables to choose from. In the case of this recipe, there was a list veggies I could use instead of Chayote. Keeping with my “I wouldn’t normally make this” theme, I chose to use Turnips instead.

Later that day, I went to another grocery store to pick up some additional items I needed. I decided to check for Chayote again, just in case. I was shocked to find that they had an abundant supply of these green, pear like, vegetables!! I went ahead and purchased some and decided I would try both the Turnips and the Chayote. 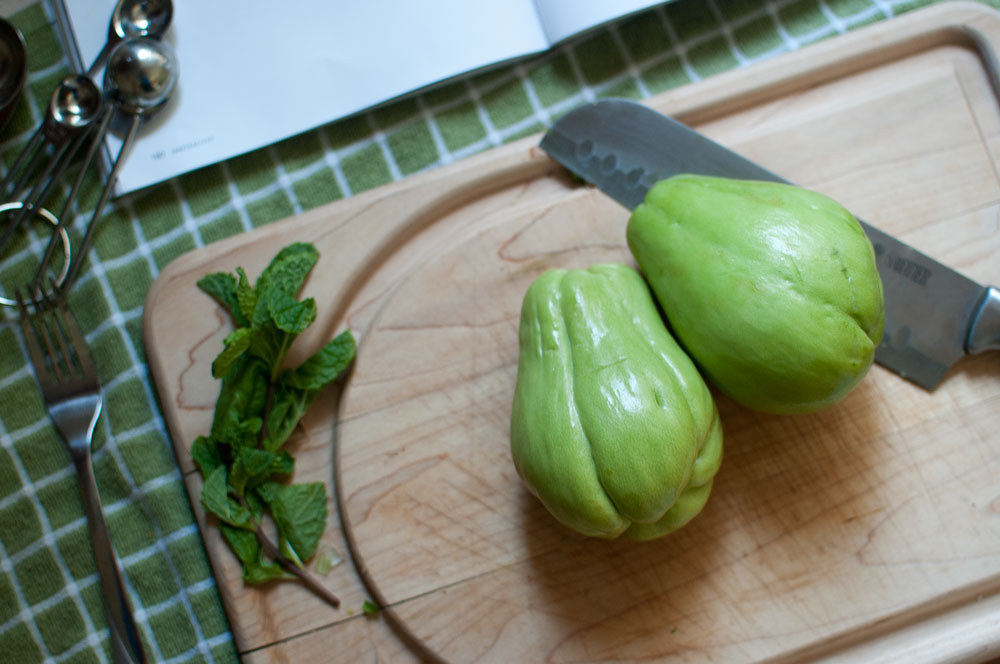 The Turnips and the Chayote are both really easy to prepare. I trimmed off each end so that I could easily attach it to the prongs on my spiralizer.  The Chayote sliced into noodles very easily– similar to a zucchini, but a little more firm. I cooked both noodles separately so that I could try them and see which one I liked better with the flavors of the Tomato-Serrano Sauce.  I think that they Chayote stood out with this recipe with tender and mild, but tasty, noodles.  The turnips were a great alternative suggestion. This dish was really good, and I would recommend making it to introduce friends to the world of spiralizing. 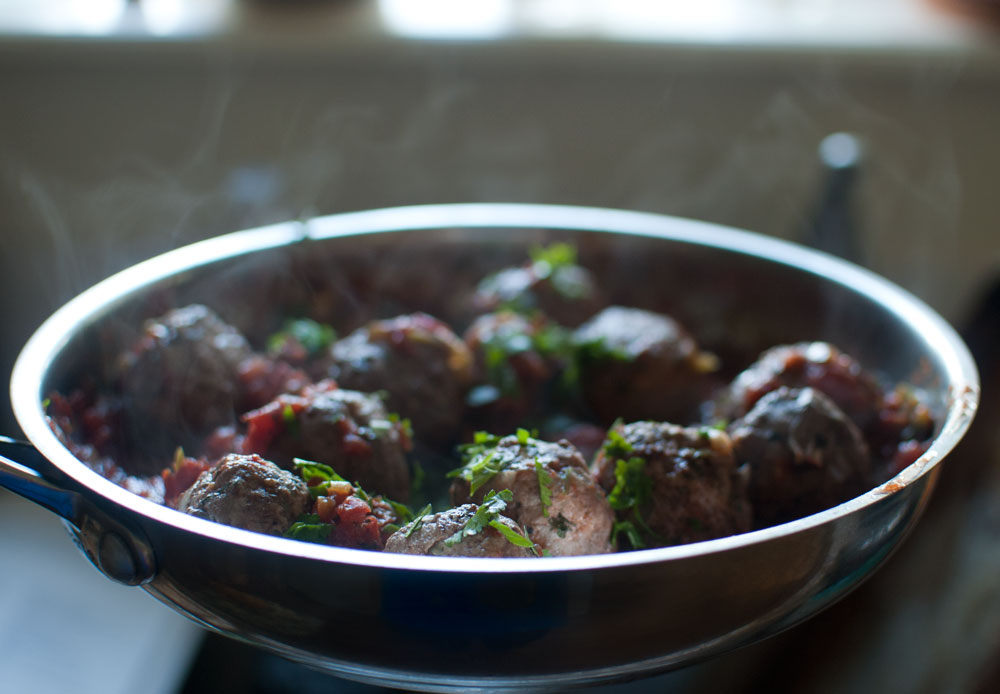 I have to say that this dish was the best recipe I have made in a while. Just thinking about it right now makes me want to go home and whip up another bowl. The flavors in the dish have so much depth! I had no idea I wasn’t eating take out… except that I had just made it.  I will warn you: it was a bit spicy. You can tone that down by adding less of the chili oil.  (Or more chili oil if you are feeling brave and daring!) One other note on this is to use low-sodium soy sauce. This dish can have a tendency towards being salty because of the other sauces and oils that you add, so substituting for low sodium soy sauce is very helpful!

This one combines all the usual suspects of a traditional Thai dish: hoisin sauce, coconut oil, fish sauce, chili oil, soy sauce. SO MUCH FLAVOR. Really, try this. It was so yummy. I was told “you have to make this again,” and that means that it really was a winner. If you double the recipe, or have some leftover, it heats up really nicely the next day too! I have shared this recipe with you below.

I am excited to continue cooking the delicious recipes found in this book. Each one is so unique and utilizes veggies in the best way. Not only does this cookbook show you what you can do with vegetables, but start cooking this way and you will find that you want to turn your favorite vegetables into pastas- even rice or breads!

As I promised last time, I have the opportunity to giveaway a copy of the Inspiralized cookbook to one of you!  Enter to win using the form at the bottom and let me know what recipe to you want to try with spiralized veggies instead of Pasta! 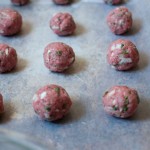 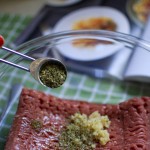 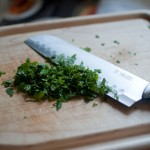 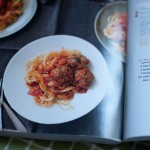 *If you are viewing this post in your email, visit plantoeat.com/blog to enter this giveaway!

**Thanks to Clarkson Potter/Publishers for sponsoring this giveaway! 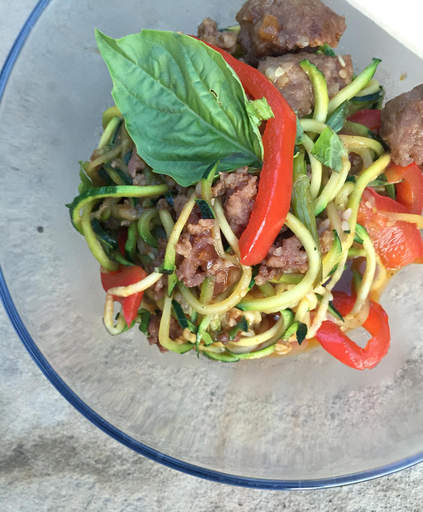 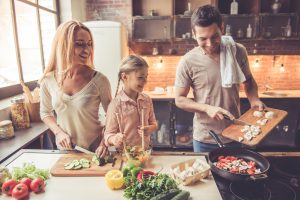 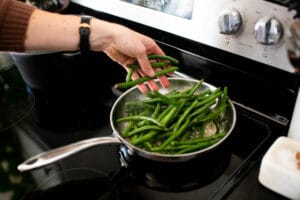