Ever since the Sweet Pea was allowed to have a crack at writing a cookbook review, the Bean has been asking for his turn. He’s 8 years old, two years younger than his big sister, but just as eager for a turn in the kitchen. When Chronicle Books offered to send a copy of The Star Wars Cookbook by Robin Davis*,  I knew I’d found the perfect sidekick for his test kitchen efforts.

It turns out that this little gem was just as much fun for the Papa and the Mama as it was for the Bean. We chuckled over the clever recipe titles (Obi Wan Kebabs? Wookie Cookies? Hoth Chocolate?), the photography made us laugh out loud with its cleverly placed action figures, and even the introduction made us giggle (“The Force inhabits all realms, including the kitchen…”) 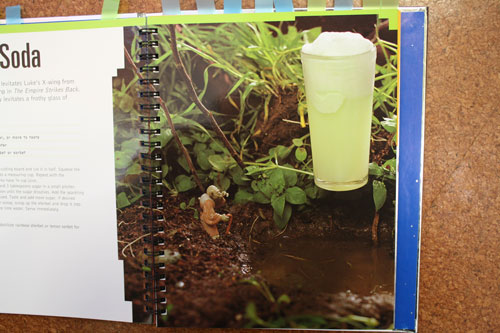 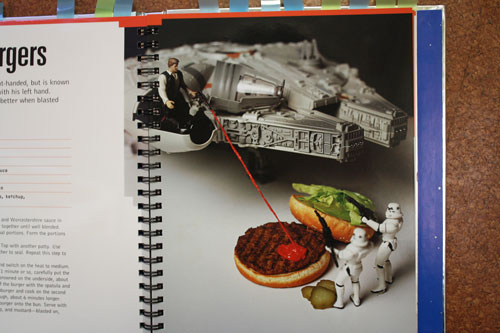 From my mama’s-perspective, the one that wants my kiddos to gain confidence in the kitchen, make real food, and have fun, this book was a winner. The recipes are simple, creative, and a ton of fun. A few of the recipes do call for processed ingredients (sugar, refrigerated pizza dough, Jell-o) but we were able to put forth a little extra effort to substitute real food ingredients. If you don’t mind using the processed ingredients, then I think a motivated 8-year-old could make a good number of these recipes with very little help. 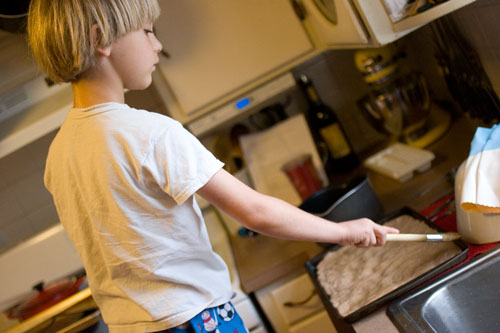 The Bean spent a couple of weeks with his cookbook, choosing and cooking recipes, and then he and I sat down together to discuss his thoughts. Here’s the scoop, straight from the 8-year-old:

Mama: What made you pick this cookbook?

Bean: Well, because it’s Star Wars! And I like cooking. And then if it’s a mix of that it’s just really good.

Mama: Tell me what the cookbook looks like. Are there lots of pictures? What kind of recipes are in it?

Bean: It has a picture of cookies and an action figure Chewbacca on the front. It’s spiral-bound so it’s easier to turn pages and it’ll stay down better. There are a lot of pictures. They’re good pictures that help you know what the food will look and taste like. There are recipes for breakfast and beverages and snacks and main courses and desserts. And there’s stickers in the back to label a bag of cookies or something you make. They have Star Wars jokes on them and they’re cool. (Mama notes that her favorite sticker is the one that says “Use the fork, Luke.”)

Bean: I like that there wasn’t a lot of cheese in the recipes because I don’t like cheese. And the desserts are really good. And so are the breakfasts. 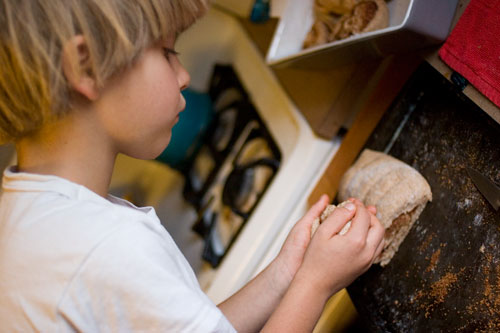 Mama: Did you have any trouble following the directions?

Bean: Yes, because I thought that ¼ of a cup was 1 ¼. My mashed potatoes turned out to be soup. Other than that, no.

Mama: Were you able to make the recipes by yourself?

Bean: No. Papa helped me. Because we had to use a stove and a sharp knife. 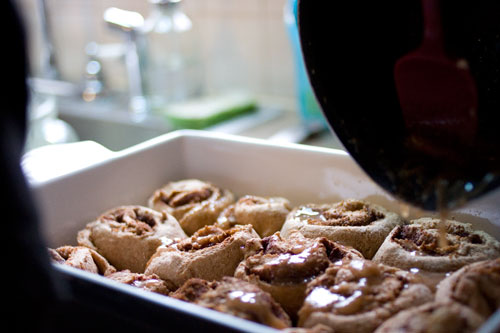 Mama: What recipes did you try?

Bean: We tried the Princess Lea Danish Dos (like cinnamon rolls), Tusken Raider Taters (only it turned out to be soup. Papa named it Yoda Swamp Stew), and the Sand Trooper Sandies. Wait, Mama, Sandtrooper should be one word. (duly noted by Mama) 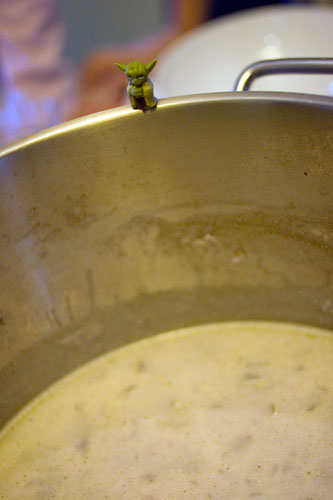 Mama: Which one was your favorite?

Mama: Is there a recipe that you still want to try out?

Bean: Yes, there are a bunch! Wampa Snow Cones and Jawa Jive Milkshakes are the ones I’m most excited about.

Mama: Would you recommend this book to other kids? 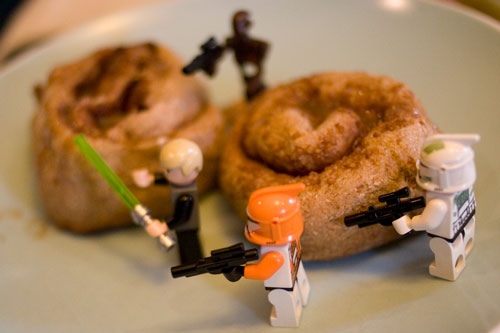 Bean: I just like being with Papa and working together, just me and him. And it’s fun cooking.

Bean: Um..probably…Boba Fett. It’s hard to decide. Return of the Jedi is my favorite movie. 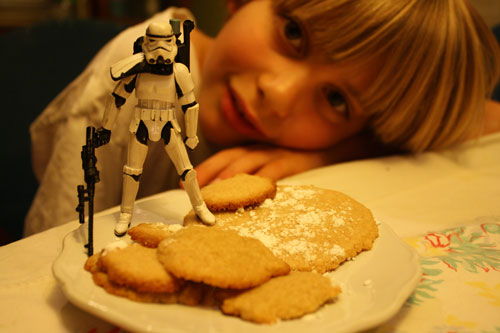 * Review posts are my opinions on items that were sent to me free of charge. The items were given to me, but the thoughts and opinions are my own. I do not provide reviews of every item sent to me and only review the items that I find to be truly worthy of recommendation.