When Food is Neither “Good” nor “Bad” 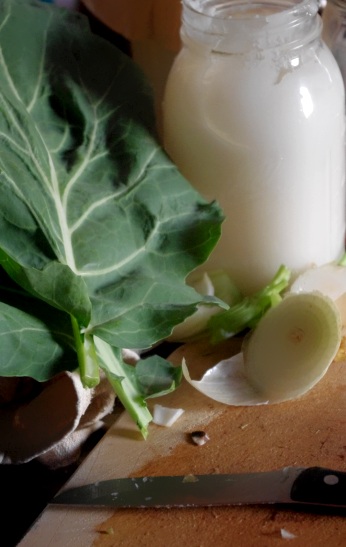 I am standing next to the stove chopping collard greens from our garden. There’s a pot of white rice seated next to a skillet full of sliced onion and beef sausage that has been frying in home-rendered lard. Ten years ago there would have been so much wrong with that picture that the only thing I would have eaten was the onion and the collard greens.

But let’s back up.

I have had a strange and twisted journey with food. I had a combination SAD/homemade diet which became SADer and SADer as I grew into adulthood. Because of that I struggled with weight and health and everything in between.

Once I was in college and out on my own I became a militant no-fat semi-vegetarian. Fat was bad. Red meat was bad. White anything was bad.

For a period of time I felt great, most likely due to the higher amount of fruits and vegetables I was eating along with the huge amount of (nearly obsessive) exercise I was undergoing.

Though my weight would change slightly, I was never able to achieve “thinness” the way that I envisioned this whole process ending. It was like I simply could not be thin, no matter how few calories I ate (1500 while vehemently burning 500 per day). 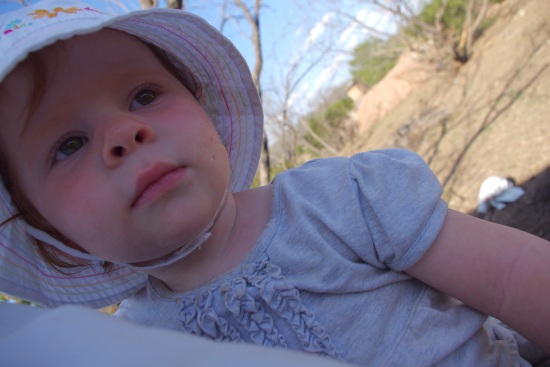 And then I got married and shortly thereafter pregnant. Fat was still “bad” but I craved anything creamy, probably because you actually really need cholesterol and saturated fat and the nutrients that come along with them when you are creating a human life.

So naturally I ate as much low-fat ice cream as I could. Which was mostly sugar. Which was bad.

Once I learned about how naturally produced animal fats and meats are good for you I swung the opposite direction and went low-carb, which still kind of works for me because of the blood sugar problems I have… because of my crazy eating habits I used to have.

Fast forward two baby boys later and then we have a girl. And every time I look at her I see all of the mistakes I made that I hope she never will, including the crazy food rules, or lack thereof, that has contributed to my own health issues. 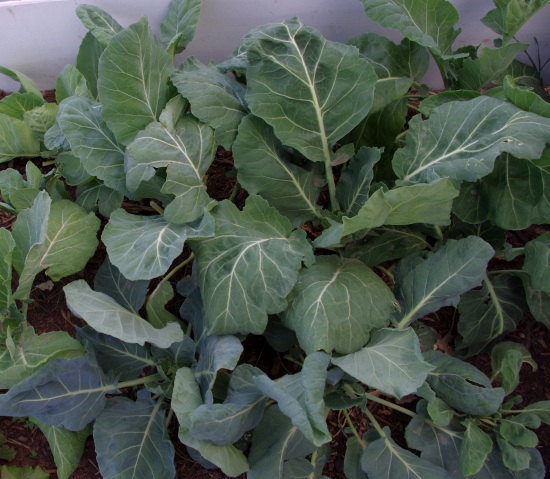 So when I start to make dinner and I throw Annabelle on my hip and head out the front door and round the corner to our kitchen garden to pick those collard greens, I give thanks.

Thanks for the food that we have to eat – the fat, the beef, the white rice and all. Thanks for the fact that this little girl might know collard greens picked from the garden and lard from a neighbor’s pig and beef from a cow we had butchered just after she was born.

Thanks for the fact that we are here, in a place where we can garden and she can know what food really looks like, where it comes from, and how, when it comes from the land, there are no “bad” foods. Only food to give thanks for.

And maybe, just maybe, she will cultivate neither a “good” nor “bad” relationship with food. Maybe it can just be food… nourishing, simple, needful, from the earth. That would be good.