Cookbook Review (and a Giveaway!): The Kitchen Ecosystem by Eugenia Bone

I had the radio tuned to NPR one day while I was toodling around town running errands. I caught a portion of an intriguing interview with Eugenia Bone, the author of The Kitchen Ecosystem*. She was talking about “cooking as a continuum, where each meal draws on elements from a previous one, providing the building blocks for another.” I was intrigued. In a world of food made fast (both at the drive-thru and in the home kitchen) it can be challenging to find recipes that mesh with my simple, whole-foods cooking philosophy and give me fresh, tasty, and completely doable ideas. I’m happy to say that Eugenia’s book does all of these. 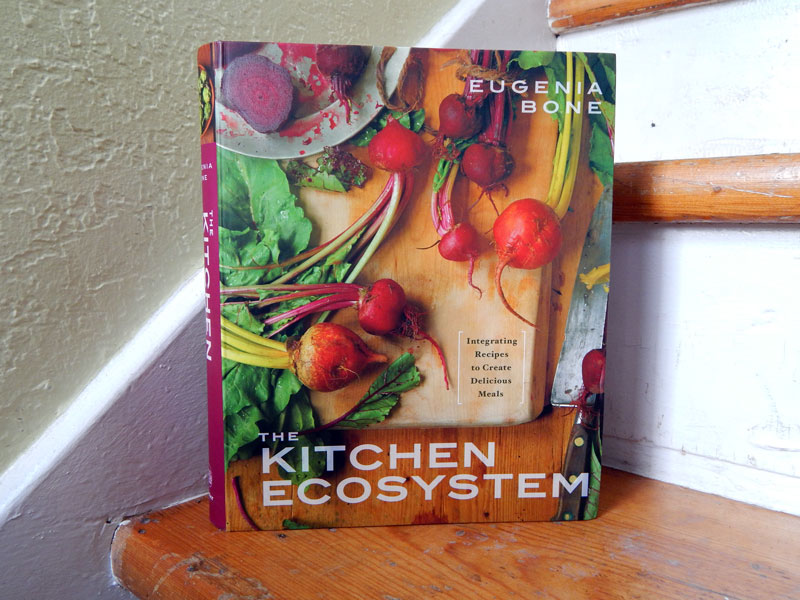 Eugenia begins with the concept of the kitchen as an ecosystem, a place where foods and meals and ingredients are all interconnected. “I discovered that most of my favorite ingredients could be used in three ways,” Eugenia says in her introduction. “I could eat some fresh, preserve some, and turn the stuff I would normally toss into useful ingredients. My kitchen was becoming an ecosystem, and I was creating, in essence, a kind of perpetual pantry. Preserved foods and products made from preparing one dish could boost the flavor in the next dish.”

A basic example that may already occur in your kitchen is roasting a chicken for dinner on Tuesday night, then using the bones to make chicken stock for Wednesday night’s soup. When this concept is applied to other ingredients, the kitchen becomes a magical place of transformation. Fruit peels and pits turn into jelly. Meat and vegetable scraps turn into flavorful stocks. Citrus and ginger bits turn into candy. “Very flavorful food is not a matter of one exceptional recipe…” Eugenia says. “It is a matter of thinking of your kitchen as a system.”

I’ve dog-eared a few dozen recipes to try over the summer as our garden crops come in (hello, “Tomatoes” chapter!), but the one we chose for immediate tasting, thanks to a 20-pound box of oranges from Costco, was the Roast Chicken with Olive-Orange Tapenade. The Sweetie Pie and the kids pulled this one together for a special birthday dinner for me and it. was. delicious. The tapenade came together quickly and easily in the food processor (the Sweetie Pie wishes he’d made extra to keep in the fridge) and provided just enough of something special to make a roast chicken feel like a birthday treat. 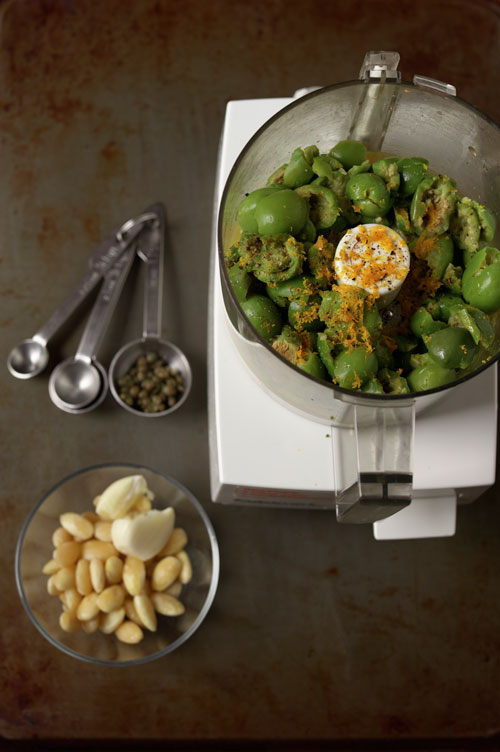 The Kitchen Ecosystem is organized into chapters arranged by ingredient, each with a sort of family tree (apparently called a “cladogram”. Don’t you love geeky tidbits??) showing how to use each ingredient at each level. Surely I’m not the only one who has spent an afternoon putting up some (perfectly tasty) plum chutney, and then finding myself at a loss for what to do with it in December. I love that Eugenia gives me ideas, and even specific recipes, on how to use the things I’ve preserved. 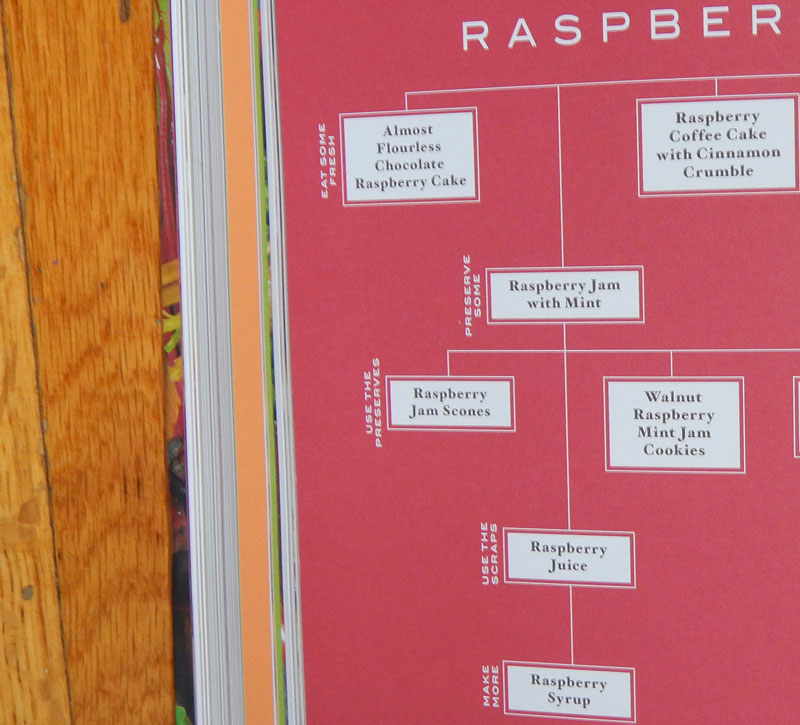 For example, let’s look at that ubiquitous summer fruit, the zucchini. In August, I will be harvesting it by the bucketful and there is only so much zucchini bread that can fit in the freezer. I can eat some of it fresh in Polenta with Shredded Zucchini and Tarragon. Then, when the kids revolt and won’t eat anymore zucchini, I can preserve some by making Pickled Zucchini. In the fall, when we have forgotten August’s zucchini glut, I can use the preserved Pickled Zucchini to then make Cuban Sandwiches with Zucchini Pickle. And if I really want to have a carbon-neutral kitchen footprint I can use the brine from the pickles to make a Ranch Pickle Juice Dressing to serve with a salad on the side. Brilliant, yes?

This is probably a concept that has occurred to most people who spend some amount of time in the kitchen, and perhaps you even have collected a group of recipes that fit into the “stream” of your kitchen ecosystem–some that you use for fresh eating, some for preserving. I suppose you could do the legwork yourself of cross-referencing all of your recipes for fresh and preserved apples, but why in the world would you want to?? Eugenia has handily compiled it all for you between two covers.

Plus her recipes are scaled to make small batches, so you don’t need an entire bushel of tomatoes to put some by for the winter. Eugenia’s recipe for canned tomatoes calls for only 5 pounds, which is easily obtained from my garden, or the farmer’s market, or even on sale at the supermarket. 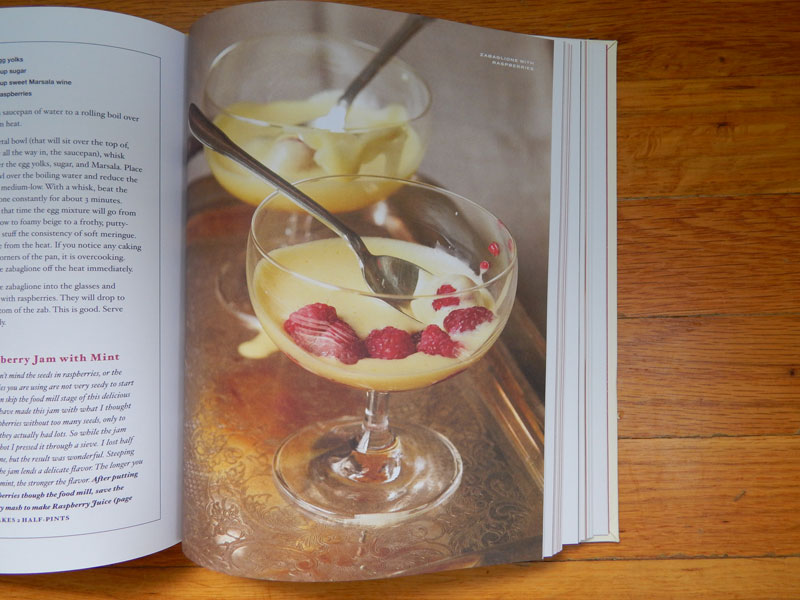 The Kitchen Ecosystem will be occupying a permanent place on my kitchen counter this summer, as our family ekes every ounce of nutrition and flavor out of the bounty of our garden. I’ve already planted another  two rows of radishes so I’ll have enough to put up a few pints of Pickled Radishes. Maybe it’s not too late to add some extra peppers.

WE HAVE A COPY TO GIVE AWAY!

Clarkson Potter/Publishers is giving away a copy of Eugenia Bone’s The Kitchen Ecosystem to one Plan to Eat reader. Here’s how to enter: