Two Books I Didn’t Think I’d Like (But I Do….A Lot) and a Giveaway! 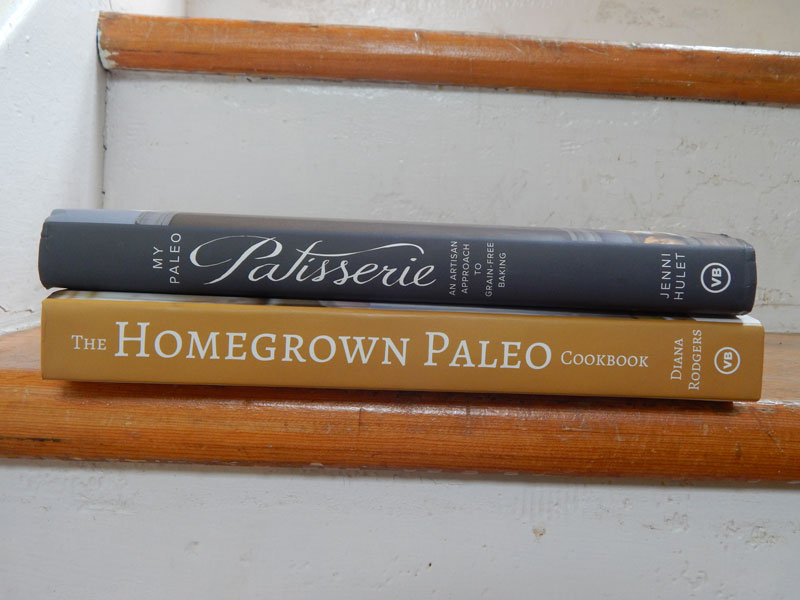 Confession: I judge books by their covers. Especially cookbooks*. Whenever I’m evaluating a new cookbook, I pull it out of the envelope, read the title, glance at the cover photos, and my mind is already made up. Yes, I like this one. No, I don’t like that one. It’s frighteningly similar (and just as irrational) as the way our 5-year-old picks out her clothes.

The first book to come my way that I judged too quickly? The Homegrown Paleo Cookbook by Diana Rodgers of the blog Sustainable Dish. Now don’t get me wrong. No one loves a strutting chicken and a basket of fresh eggs on the cover of a cookbook more than me. But, the food world being what it is, I’ve started to assume that anyone who uses such photos is an urban-hipster-turn-homesteader. I dubiously flipped the pages and began to realize that this is a very different kind of cookbook, and Diana Rodgers is a very different kind of author. 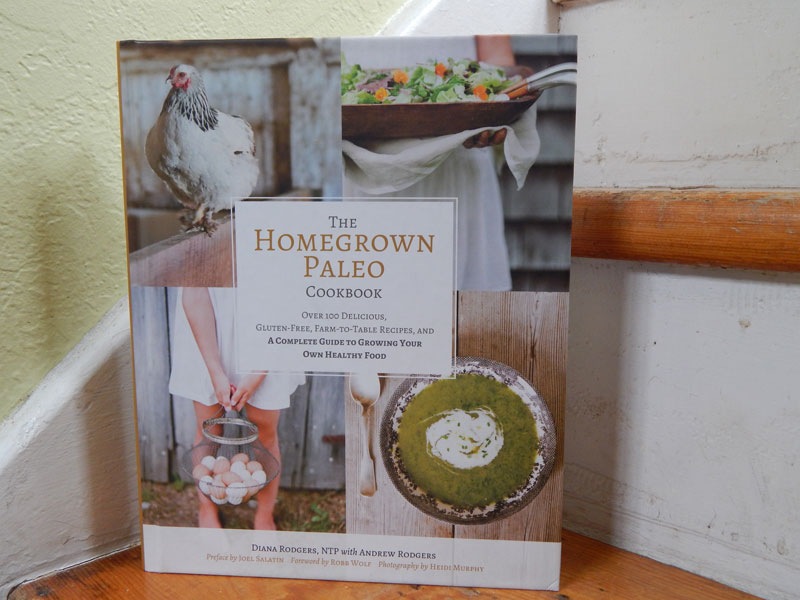 At 410 pages and hardbound, this hefty tome is more than just a cookbook. True, it does include “Over 100 delicious, gluten-free, farm-to-table recipes”. But about half of the book is dedicated to other aspects of a healthy diet (raising chickens and other farm animals, hunting, growing a garden, foraging for edible plants) and a healthy lifestyle (hosting celebration gatherings, making soap and candles, games for the farm). I decided that any book that could seamlessly incorporate a recipe for Almond Panna Cotta with Roasted Strawberries into the same book as instructions on how to play bingo with a chicken deserved a closer look. 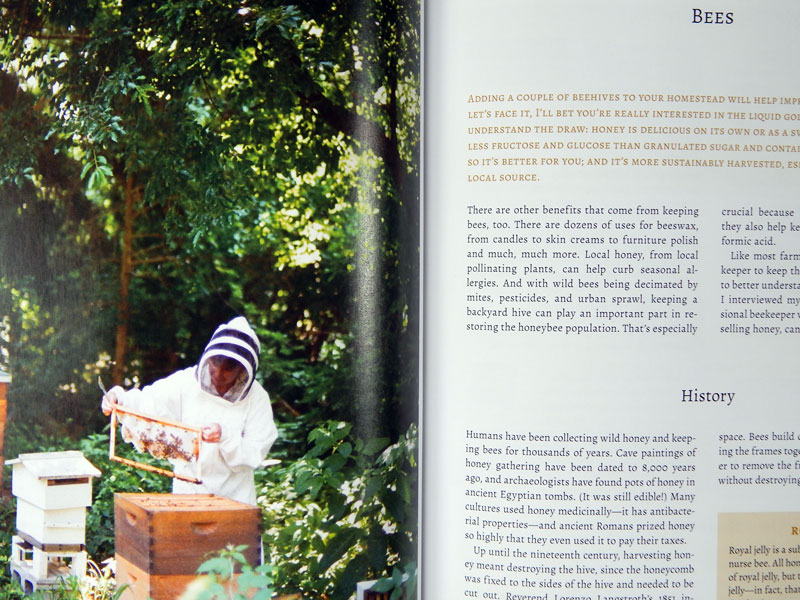 All of Diana’s recipes fall into a dining category that I mentally refer to as “family table recipes”. These are dishes that are homey, seasonal, and made from real food. They are meant to be passed from hand to hand around a table in the evening. Our family tested out the Primal Spring Turnip, Beet, and Carrot Gratin and everyone gave it an enthusiastic thumbs up. We’ll be coming back soon for the Coconut Crepes and the Purslane Potato Salad with Bacon and Shallots. 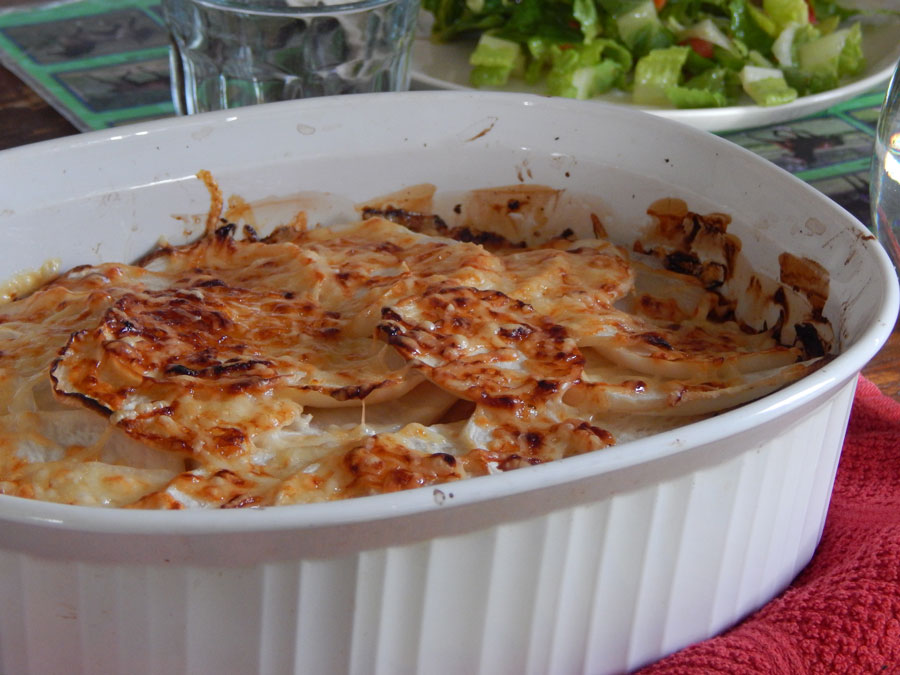 Victory Belt Publishing is giving away a copy of Diana Rodgers’s The Homegrown Paleo Cookbook! Here’s how to enter:

The second book that made me do a double take? My Paleo Patisserie by Jenni Hulet, the woman behind The Urban Poser blog. I turned my nose up at first because, as I told the Sweetie Pie who was admiring the photography, “I don’t do fussy food.” Which is true. My apple pies are “rustic” and my pancakes are “hearty”. It’s not because I don’t know any better, it’s because hearty pancakes can fill up five hungry children just as well as (and much faster than) crepes. I don’t have time to fuss over food. 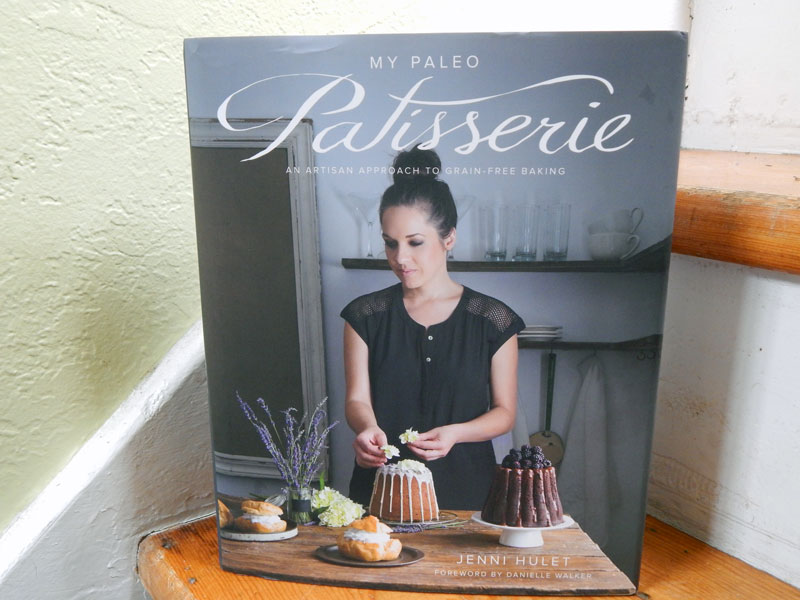 But I read Jenni’s author bio on the back cover, and her story sounded so much like my own (years of chronic illness, health problems, auto-immune disorders, restricted diets) and her mission resonated so much with what I continue to strive for (“to bring beauty, flavor, and freedom to those struggling with the fear and difficulty of living with health restrictions”) that I simply had to give the book a chance. And once I started reading the recipes, a lightbulb clicked on, and I was sold. Because, you see, in January the Sweetie Pie and I became hooked on The Great British Baking Show. We watched contestants whip up choux pastry and pastry cream, citron tarts and baked alaska (Oh! The tragedy that was Iain’s baked Alaska!!) And at least once during every episode I’d comment, “But can they make it with almond flour??” As it turns out, the answer is…yes! 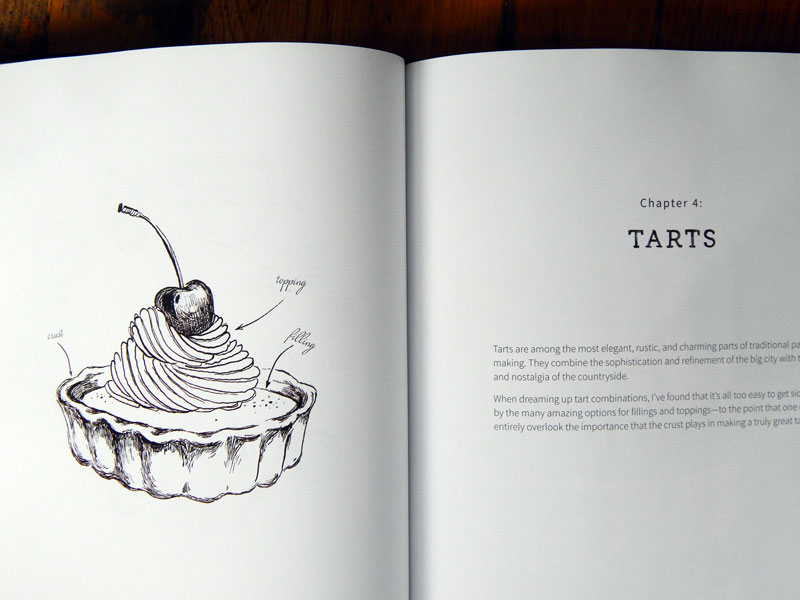 Flipping through Jenni’s cookbook, I realized that here was the entire season of the The Great British Baking Show transposed into Paleo. It’s all here–Cream Puffs, Eclairs, Tarts, Opera Cake, Lady Fingers, even the charming pen and ink illustrations of the goodies–and it’s all Paleo. Pinch me! I no longer live in a world without cream puffs! I made my own just to prove it to myself. Yes, it was fussy. Yes, it took all afternoon. But just to know that I, too, can have an occasional cream puff…it breathes fresh life into my culinary world. 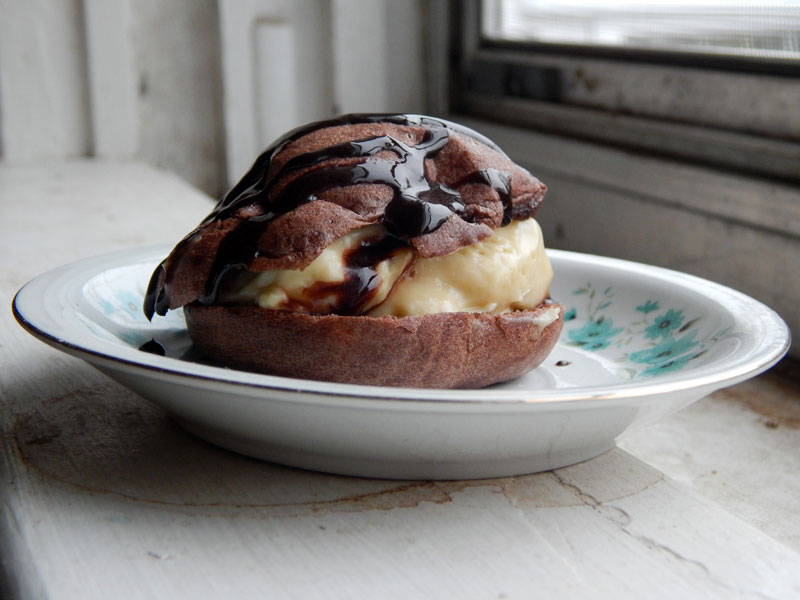 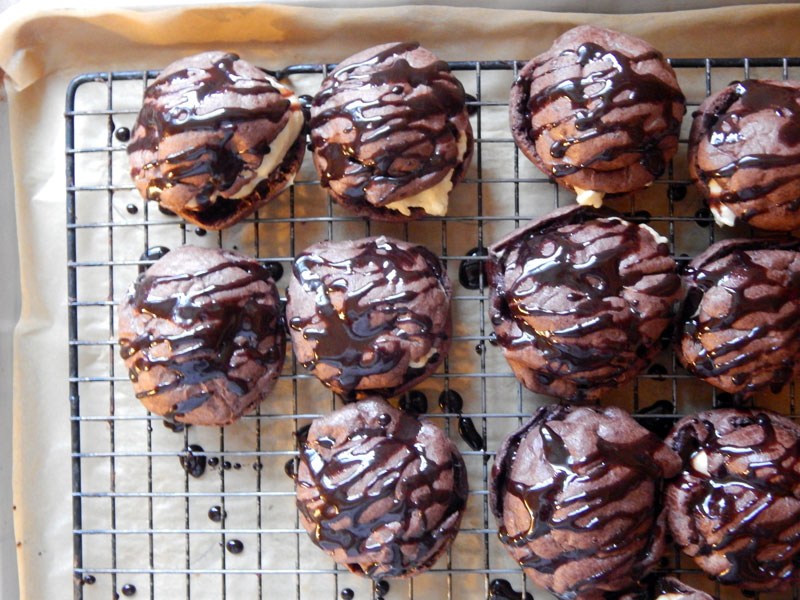 I love the “Create Your Own” checklist at the end of each chapter, making it easy to use the basic recipes to make an individual creation (as I did for my cream puffs). And, of course, if it’s from Jenni you know the photography is going to be gorgeous. 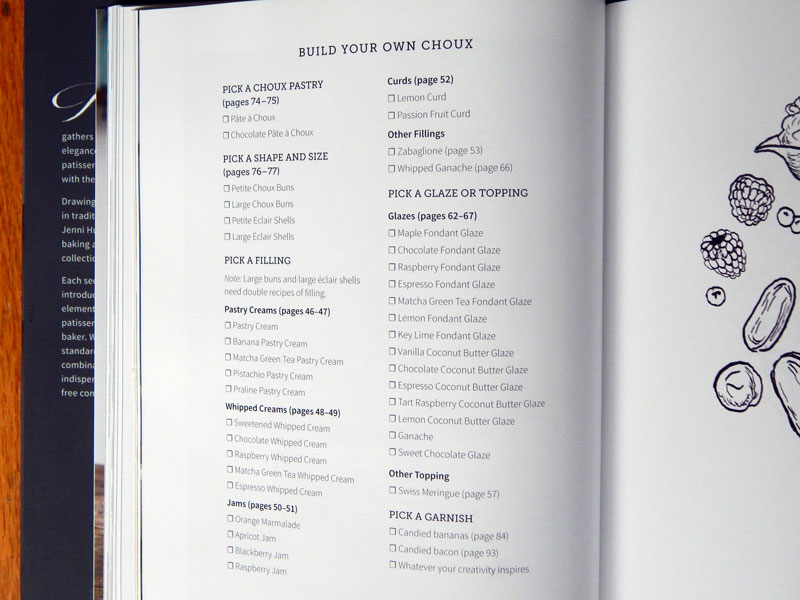 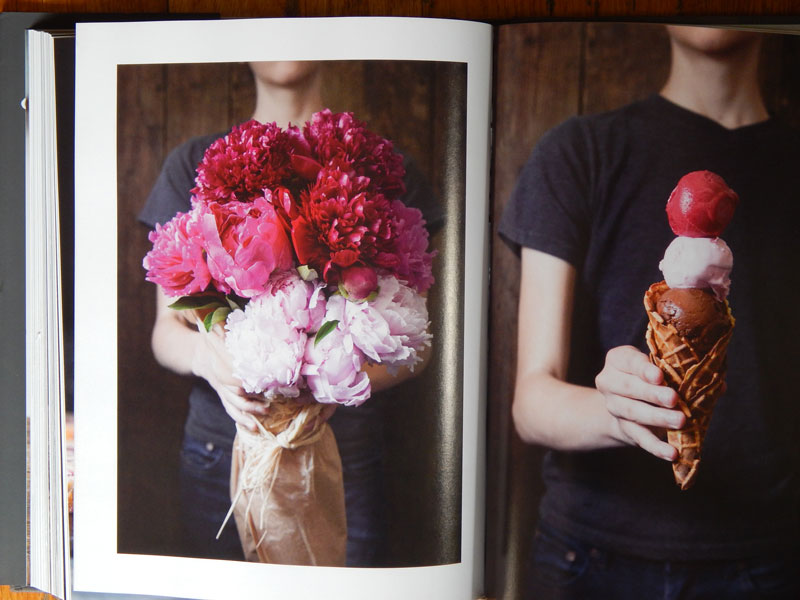 So there you have it. Proof that you should never judge a book by its cover. These two ladies will be sticking around in my kitchen, and I hope you invite them into yours, too.