Humble Food: How to Serve It and Still Wow the Family 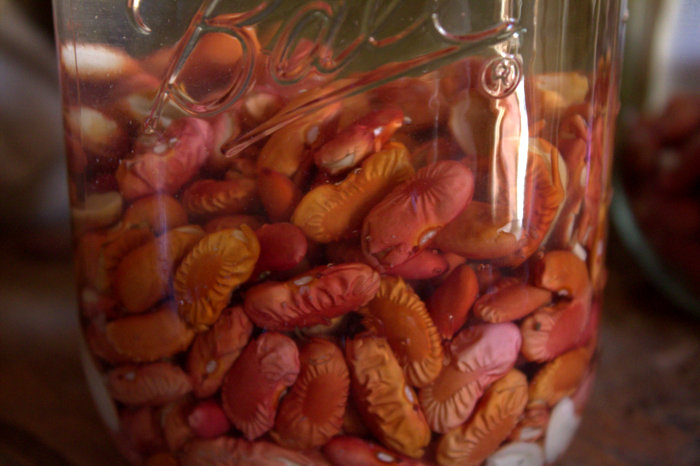 Thinking about grocery budgets makes me want to crawl under a rock and hide from the three real food meals per day that I feed my family. Food is not cheap and it’s not getting any cheaper and a budget is just one more parameter in addition to the food sensitivities we already deal with.

But it’s real, just like it’s real for you. We want to feed our family the best food we can but our budgets are not open-ended. So we do what we can with what we have and show one another grace in the process, right?

I was thinking about all of the parents out there doing this same thing last week when the rubber met the road. It was past lunchtime and I hadn’t gotten a single thing started on the stove. We were low on the meat and fresh vegetables that make whipping up last minute meals easy and nourishing and feeling the crunch.

So I threw together a quick bean soup from canned beans and, knowing bean soup wasn’t going to get the family jumping up and down, I did what I’ve learned to do over the years… turn a frugal, humble meal into one that receives rave reviews.

You see, it’s not like this doesn’t happen every day, and so I’m not sure why it always surprises me. One or two (and sometimes three) meals per day I’m trying to throw together what we have into something that will nourish and satisfy. But somehow when I’m staring bean soup in the face I question for one second whether they’ll even eat it let alone like it.

So I fried organic potatoes in coconut oil and they all went nuts. You could have knocked me over with a feather.

The soup took me five minutes to throw together and while that happened I threw my cast-iron skillet on the stove, melted some of the coconut oil I keep just for frying and sliced a few potatoes thinly. It’s one of those tricks I utilize when stodgy, cheap food stares me in the face. 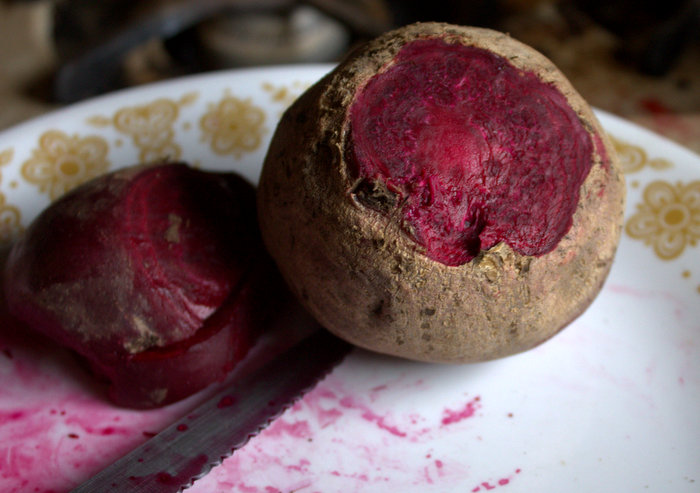 On the occasion that you serve the most humble of meals – a bowl of simple soup, a pot of beans, that leftover stew from lunch – here are some ideas for turning it into a treat.

Add dessert. I don’t make desserts too often but when I do it almost always coincides with a day that we eat very simple food. Or, perhaps more frequently, the days that we have leftovers and I don’t have to cook. Serve leftover stew and a freshly made gluten-free pie and no one complains about eating leftovers.

Add a baked good. I’m guessing this is how soup and bread or beans and tortillas became common combinations. A pot of beans is not very exciting but add a homemade tortilla to serve them in or dip in the pot liquor and it’s fantastic. Inexpensive too!

Fry something. It’s a rare treat that I truly fry something rather than just coating it in coconut oil and roasting it. So when I do pull out that skillet and go to the effort of shallow or deep frying, it’s a real treat. Serving this alongside something humble like beans or soup changes the entire dynamic of the meal.

Give them variety. No matter how tight the main aspect of the meal is, if I add a few foods with different flavor profiles the meal feels satisfying. I think I learned this from my Grandmother who was a mother to six and a farm wife with hands to feed. (The woman knew how to feed an army on the cheap.) At her table there was often sliced meats, fruit, pickles, fresh vegetables, several cooked vegetables, inexpensive casseroles, and something sweet to nibble on. All of this was humble, often homegrown food, but it came together to create a feast.

How do you feed them humble food? 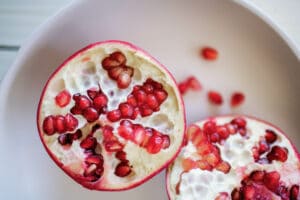 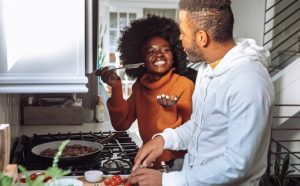