Filling in the GAPS

Those of you who have been here for a while know a lot of my story. For those who don’t, I’ll give you a drive-by version.

For about ten years, I have battled symptoms of digestive distress. They come and go at will, and so I learned to white-knuckle my way through pain until the symptoms decided to “go” again. Every once in a while my pain level would rise high enough to seek a doctor, but none of them were very helpful. 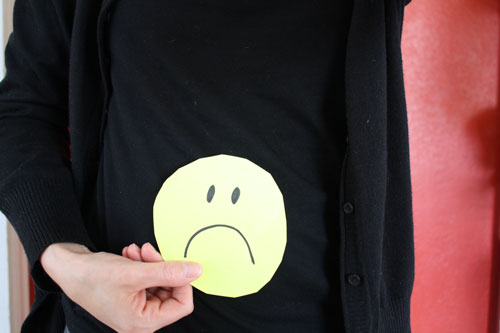 Two years ago my symptoms flared so severely, and for such a prolonged period, that I began seeking treatment again. After lots of procedures, I finally got a diagnosis–ulcerative colitis. I’ve tried everything to put those symptoms back into remission. Seriously. Everything. I went to Doctors, and I went to doctors and I went to “doctors”. I tried pills, I tried herbs, I tried meds. I tried eating more of this, or less of that, or none at all of this other thing. Most of these things were helpful in their own way, but turned out to be too little, too late. They made nary a dent in ten years of collective damage to my gut.

Fairly early on in my attempts to force remission, I encountered something called the GAPS diet. I can’t even recall exactly where or how I first heard of it, but it came up somewhere in my research. I looked into it and quickly became overwhelmed just thinking about trying to implement it. So I found other things to try instead. Every few months I’d return to the GAPS diet, look at it again wondering if it could help me. But then become overwhelmed again and move on to something else.

A few weeks ago my body hit rock bottom. Medication was no longer working. My GI doctor had tried various other meds, all of which gave me horrible side effects. By this point I was willing to pop a pill every day for the rest of my life, if it would only work. But none of them did. And I began to despair. Because if eastern medicine fails you, and then western medicine fails you–where are you supposed to turn??

It was then that my mind began to drift back to the GAPS diet. Nothing had changed in my circumstances that would make it easier. I still had all of the same demands of family and all of the dishes, diapers, food, and laundry that goes with them. But I had nothing left to try.

When I told Clint (Plan to Eat’s founder) that I was starting the GAPS diet, he asked me to share my experiences on the blog. So for a while I’ll be sharing what I’m doing and learning and (hopefully) how I’m healing on GAPS. Please note that I am in no way an expert on GAPS, nor am I dietician, or a doctor, or a nutritionist. I’m just a normal person trying to figure out a very complicated diet. I’m sure I’ll get a lot of it wrong. But hopefully there are some others out there who want to learn with me? 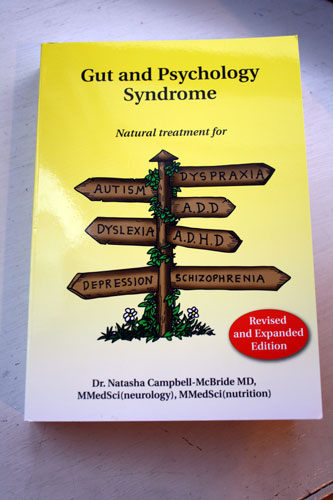 GAPS (Gut And Psychology Syndrome) was developed by a neurologist in England, Dr. Natasha Campbell-McBride. The premise of her work centers around the biological condition of one’s gut, and the effects that it has on our entire bodies, especially our brains. If her claims are to be believed, this diet can provide relief from autism, to schizophrenia, to depression, to gut disorders, to practically everything in between. Like I said, I’m no expert on this, so please don’t ask me to explain how that works. I would only point you to her book so you can decipher the information for yourself.

The regimen has a three-pronged approach to healing: diet, supplements, and detox. The diet is free from grains and refined sugars. It’s based on the Specific Carbohydrate Diet (SCD) which has been around for over 50 years. The GAPS diet, however, pushes the SCD diet a bit further, and so not all foods that are SCD-compliant are GAPS-compliant (and vice versa). Both diets rely on foods that are super-digestible to promote healing and balance in the gut flora (the bugs in your tummy). As the gut heals and comes into balance, other foods are added back into the diet. Eventually, in theory, a person can arrive at a point of health so that he could resume a “normal” diet. Though it would be preferable to not return to a diet of Twinkies and potato chips, but rather to a standard, healthy, well-balanced diet.

This process is different for every person, and the length of time required to reach that point of healing is different. I understand that some people can move through it fairly quickly, maybe less than a year. Others may be on it for a very long time, 2 years or more. Some may choose to stay on the GAPS diet indefinitely just because they feel so much better.

In addition to diet, GAPS also relies on supplementation of several elements vital to healing. These are probiotics (the good bugs that live in your gut), Essential Fatty Acids (like DHA and EPA–think salmon), and Vitamin A (as found in cod liver oil). There are a few other supplements that may be recommended for certain patients, but these three are pretty universal on the GAPS diet.

Finally, GAPS also uses detox routines to help draw out toxins from the body. If you are killing off lots of bad bacteria in your gut through diet and supplementation, you are going to be producing a lot of toxins in your gut. Detoxing will help remove these toxins more quickly and relieve detox symptoms. GAPS recommends detox mostly through juicing and therapeutic baths. 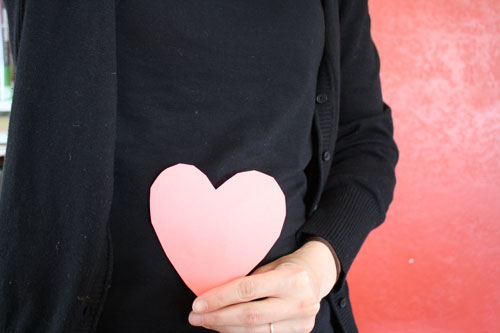 GAPS is confusing because it tends to be very specific (eat this food, at this time of day, in this amount) but also very individualized (if x doesn’t work for you, try y). So it’s difficult for people like me to approach. You know, people who want it all laid out before they start. But I finally decided that it feels much like most other important things I do in life–parenting, homeschooling, gardening–you just have to pick a place to start and jump in, tweaking it as you go.

So I guess this is your invitation to jump in with me. Are you coming along? Really, I have no idea if this is interesting to any of you. I told the Sweetie Pie husband that I’d be writing about the GAPS diet and he made a face that clearly said, “Why would anyone want to know about that?” Please feel free to share your thoughts of excitement or outrage in the comments.

Next week I’ll share some more about what starting GAPS is looking like for me–what I’m eating (not much) and how I’m feeling (not great). I’d be delighted to have your company, for as long as you want to join me.